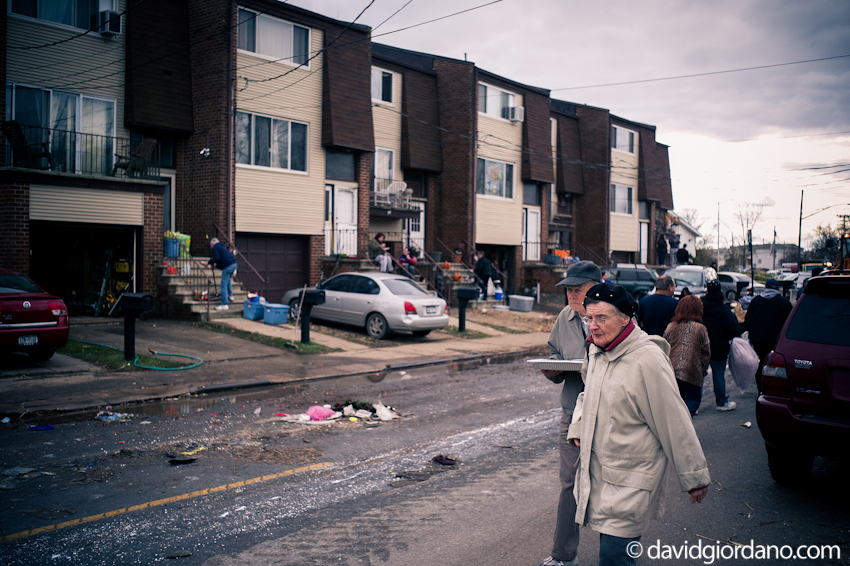 I went back to Mount Loretta today to drop off more clothes and toiletries and couldn’t believe how many cars were outside and the amount of people inside. I guess word got out and more people wanted to help. I just went in to drop everything off and headed straight to Fox Beach because last night I was in contact with someone that said that neighborhood could really use the help. I walked up to the house and introduced my self to the people standing outside and the owner of the house started to cry. She was in shock that someone came all the way here to help her. Somebody that she didn’t even know. I ended up at their neighbors house because they said they were all staffed pretty well there with family. I went to the neighbors basement and was at a loss for words. I looked up at the ceiling and there was debris from the street up there. The water went to the basement, first floor and started going up to the second floor. Everything we brought outside weight so much from being water logged. A big desk that should have taken two people took at least five of us. Me and the owner brought up a heavy dishwasher that he’d been meaning to hook up sometime. As the day went on I was covered in what looked like cement. It was all over me. It smelled like it. I showered and I still smell like it. At some point we crossed paths and he asked me about the Gibson Guitars shirt I was wearing. He asked if I played and he started telling me about his guitars and how it was one of the first things he made sure would be safe when the ocean started coming into his home. I was a lot of himself in me. Guy plays guitar every day. He uses it as a way to escape from a long day at work. He asked what kind of music I liked and started naming bands I’d probably be in to. As the time went on we talked and talked and I started to realize that he didn’t want to go back into his house. He just wanted someone to talk to so he can get his mind off everything. He seemed so displaced but excited to be sharing a similar interest with me and I was happy I could exchange that with me. He asked me if I could come back one day when he rebuilds and share some music with him and his family.

I’m amazed at the people you meet in such time of need. I will be coming back there tomorrow to help him. His neighbors kept asking if i’d be back tomorrow. I have some friends I need to help that could use even more help than the people I helped today but I will be back tomorrow to give a hand for a while and checkup on him. I told him when everything’s done I’d love to have a jam with him. It seemed to really make him happy.

“The water just came up so fast, we barely made it out” and “We spent most of our life building all of this and now its just…gone” really make you glad that you could at least lend an extra hand.

Please go here and help out! (this is where the text and photos from this post is) We could use a lot of help.